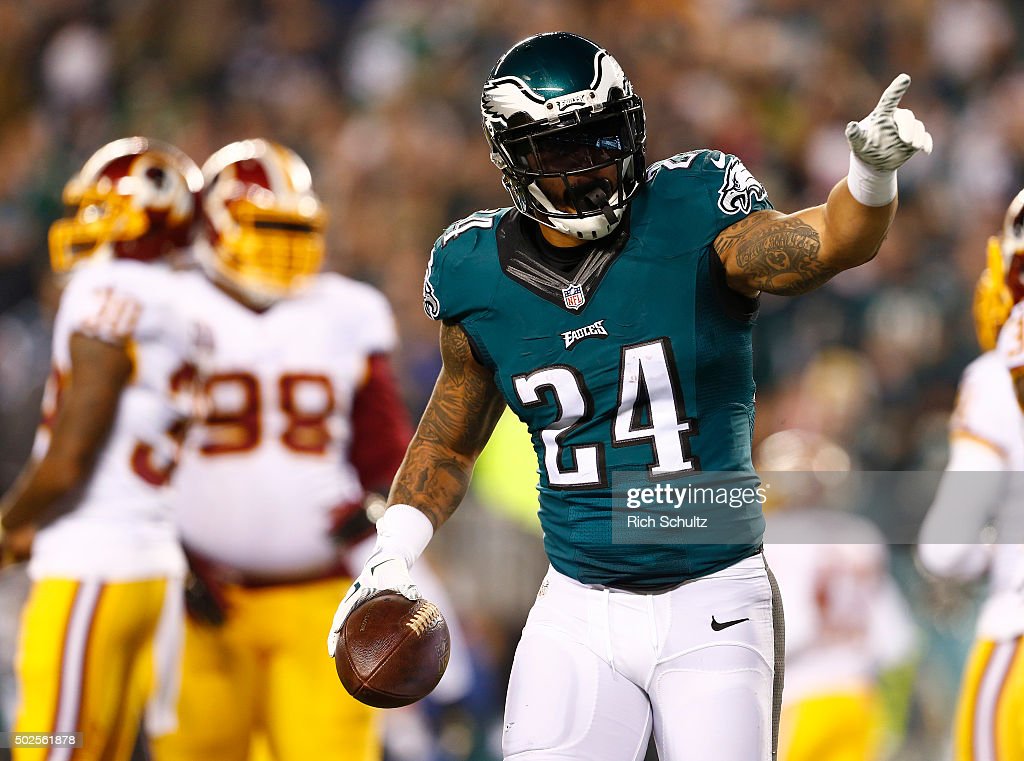 Ravens have a tough run D. You would be crazy to start Ryan Mathews this week right? Maybe not. They are #1 DVOA against the run, allowing 3.4 YPC to ball carriers this year. This Eagles backfield has been a mess all year. Ryan Mathews is the starter! No, wait, Darren Sproles is playing 70% of the snaps.. but Ryan Mathews will get the goal line work… hey, is that Smallwood in at the 5 yard line? This week, we might get some clarity. Smallwood is on IR, and Darren Sproles is in the concussion protocol. If Sproles is inactive, it’s going to be Mathews’ show.If Mathews’ can get 20 touches, it might not be that bad in what should be a relatively close game. Let’s look at the backs who have gotten volume against the Ravens:

But you might argue that these guys are good.. Mathews actually isn’t that bad. In fact, he leads the league this year in fantasy points per snap, and he averages 0.81 fantasy points per carry, only behind Tevin Coleman, Mike Gillislee, David Johnson, and Latavius Murray. Without Sproles, Mathews can also see a few targets in this game. With the backfield basically his and with the volume he will receive, he is a fine play in Week 15. Don’t go starting him over your RB2 who has got you here, but if you need a guy to plug and play, don’t hesitate to use him.

If Sproles is active, treat him like you have all year.. he’s not worth starting confidently against this defense without volume.