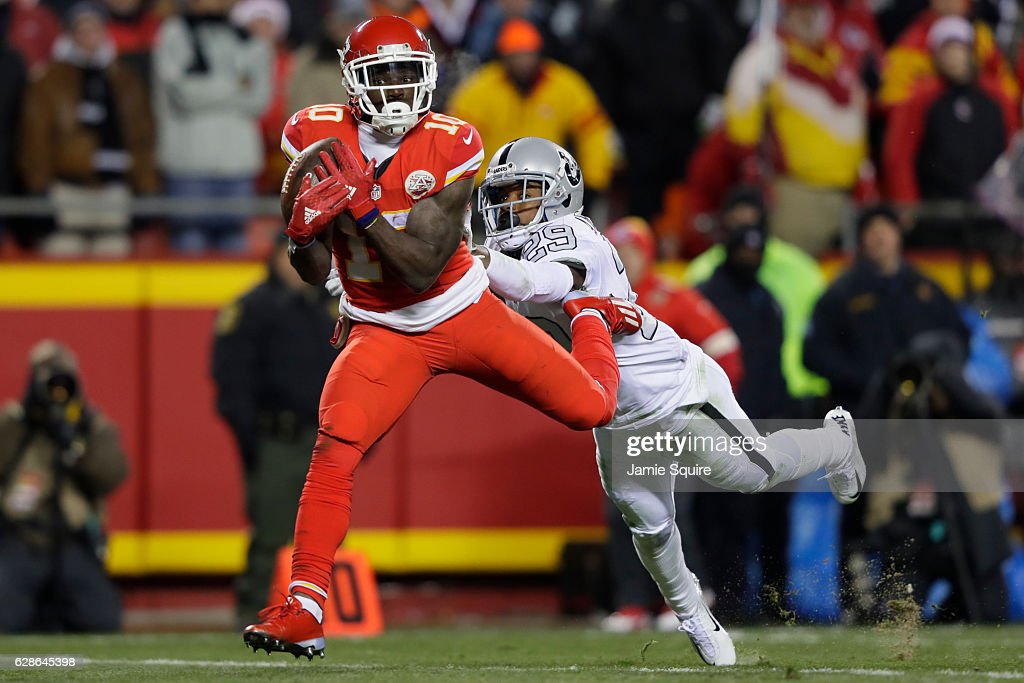 Tyreek Hill and Taylor Gabriel have been on fire since midseason. They’re both very interesting players, because they go against the grain of the type of players we usually like to start. We like to start guys with real solid roles on their team, especially when it comes to snap count and targets. They’re both basically gadget players who line up at every WR position. Both very athletic, very fast, and are secret weapons for each of their respective teams, because you never know when they will blow up.

Gabriel only played on 40% of the snaps against the Rams when Julio played, but without Julio last week he played on 78% of offensive snaps, with Aldrick Robinson (86%) the only the WR who had more than 55%. He had 6 targets last week (21% target share) and is always a threat to score near the goal line. 6 targets isn’t a lot, but he’s a threat to score from anywhere on the field against the 49ers, who give up the 5th most big plays (25+ yards) in the passing game, and the 6th most points to WRs. He had 5 touchdowns in his last 6 games, so scoring this week against this horrible 49ers defense is a good possibility, especially with no Julio (ruled out).

Tyreek Hill played on only 45% of snaps last week with Maclin back (76% of snaps), compared to 50% of snaps before Maclin returned. What does this mean? It means that Hill is a part of the game plan with Maclin or without. Even with these “limited snaps” Hill has had at least 5 targets in the last 7 games, with a 13 target and 10 target game sprinkled in between. He can score as a WR, as a RB, and as a punt returner. He’s even targeted near the goal line, and has lined up in the backfield plenty of times. Andy Reid knows how to use his playmakers, and it has shown very efficiently with Hill. Over the past 4 games, Tyreek Hill has caught 24 of his 27 targets. Tennessee, by the way, has given up the most fantasy points to WRs this year. They give up ridiculous yardage, and give up receiving TDs every week. The Titans rotate multiple guys in their secondary, but it has resulted in fantasy goodness for WRs.