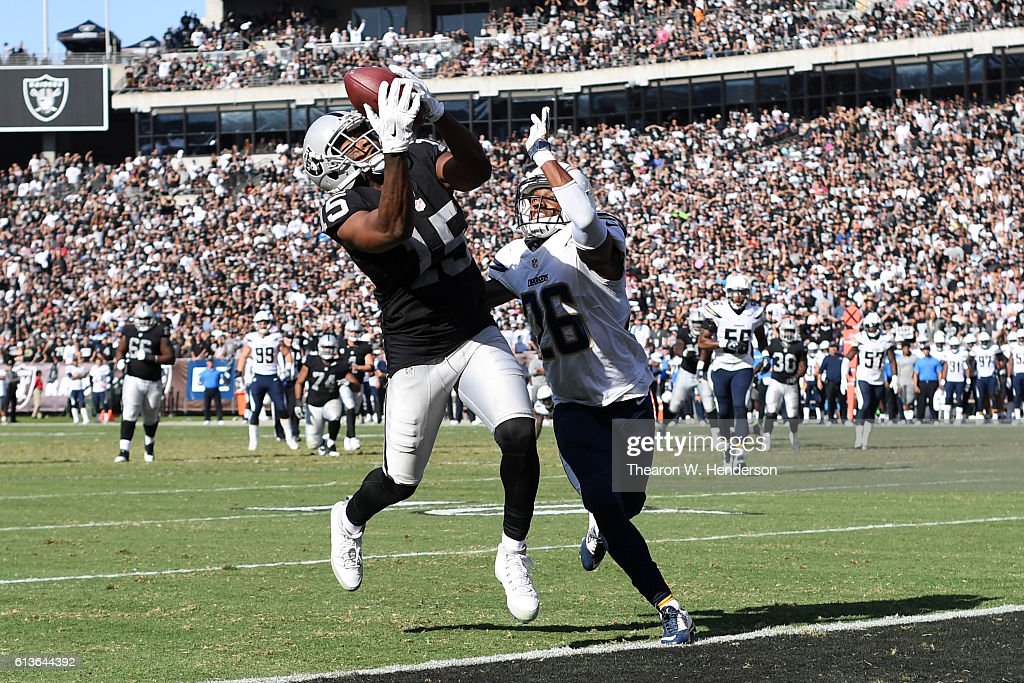 Everyone’s mad at Crabtree for dropping passes. Everyone’s considering benching him this week because of his pinky finger, because that plus his drops don’t add up well. Stop it, Crabtree is a must-play this week in a high scoring game at home in Oakland. So far this year, predicting whether it was going to be a Crabtree or a Cooper game was very predictable, and this game is no exception.

Casey Hayward has been killing it this year. He has shadowed #1s and has done an amazing job. He shut down Mike Evans last week, and this week the plan is to shadow Amari Cooper. Carr has chosen his one receiver in most games. Rarely has both receivers had a top 25 week in the same game this year. With Hayward on Cooper, expect Carr to pepper Crabtree with targets. Even with a pinky issue and drop issues, if you’re getting 10+ targets with a few red zone targets, Crabtree should end up with a very solid day. He’s been very reliable all year, but you needed to know when he’s in a good spot, and he never failed in any of those good spots. In the bad spots, he’s been a dud, but this is a great spot. Start him with confidence.