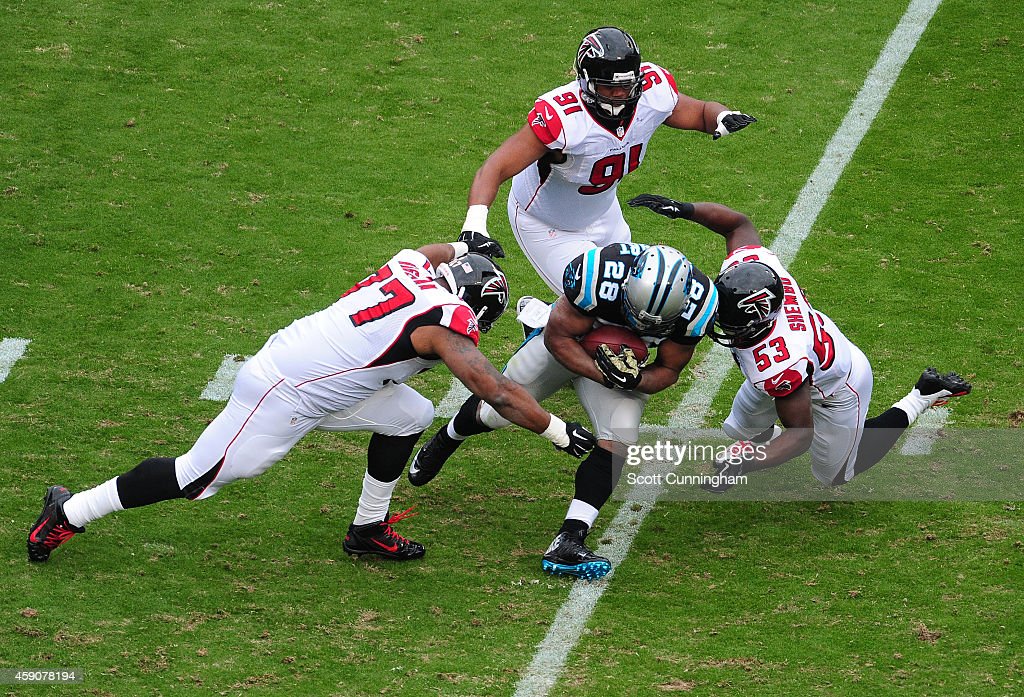 If you have other options. But isn’t the matchup great? Not so fast. When we get to this point in the playoffs and especially the championship game, we have to put in players that we trust to get it done.

In PPR settings, Atlanta has given up the 3rd most fantasy points to RBs this year. However, they’ve only given up 100 yards on the ground one time! As a matter of fact, the next highest yardage total on the ground was 77 yards. The majority of production by RBs against Atlanta have come through the air, and Jonathan Stewart is not someone who is part of the passing game in Carolina. The most carries Atlanta has given up to a single RB was 22 (once), then 19 (once), then 18 (twice). Jonathan Stewart is a volume back. We can’t depend on his TDs because of Cam’s ability in the red zone.

The last 2 games Stewart went 24/66/1 (2.75 ypc) against the Chargers and 25/132 against a bad rushing defense in Washington. Before that, Stewart’s carries from Week 9 to Week 13: 15, 13, 18, 17, 11. Those aren’t numbers I can trust against this Falcons team who doesn’t let opponents run the ball because they’ve been forcing them to play catch-up. Stewart wasn’t available for the first game between these two teams, but it was the pass catcher, Fozzy Whitaker, and not the ball carrier Cameron Artis-Payne, who produced with 9 catches for 86 yards.

Also, if Stewart doesn’t score a TD, you’re basically screwed. Last week was his only top-40 week without scoring a TD. Having a TD dependent RB2 on my team doesn’t give me confidence, and if you have better options I would definitely consider them. Hit me up on Twitter if you need help deciding @upperhandfantasy or @farazsiddiqi.