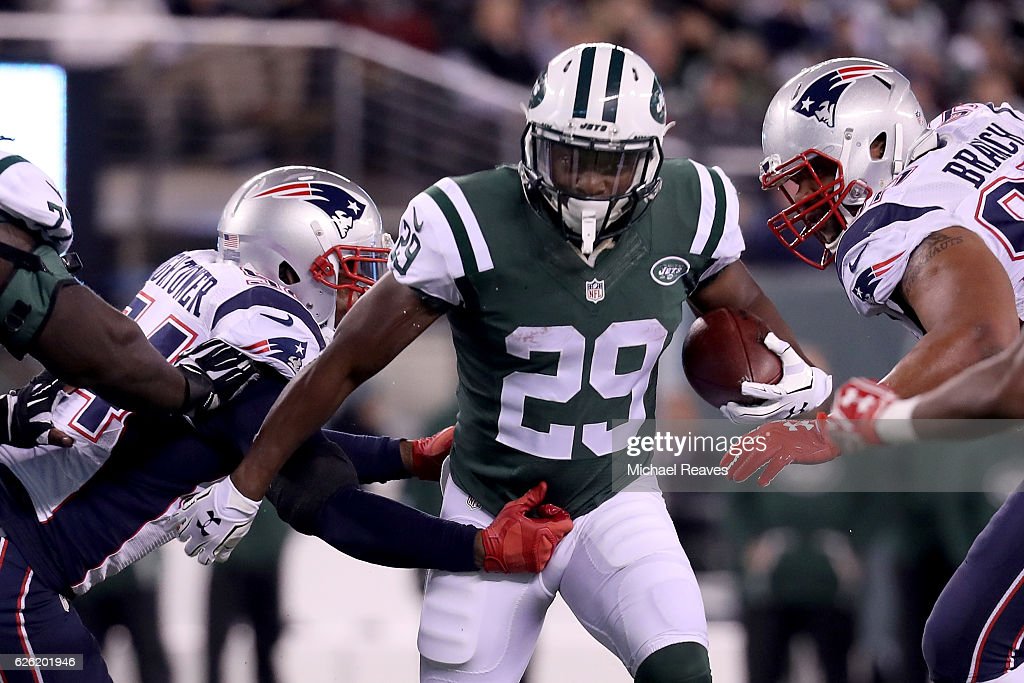 I gave the same advice last week, and that’s even if Forte plays, he’s so banged up that Powell will get a huge majority of the snaps. Forte was active last week even though the Jets knew about the torn meniscus in his knee, but Powell still played 84% of snaps. Expect something very similar this week. Powell can do it all; he can run, catch the ball, and pass protect. He’s a very reliable option and the Jets will ride him until the season ends, and you should too.

The last 2 games Powell had 45 carries for 229 yards (5.1 ypc) and 16 catches for 112 yards for 341 all purpose yards. Expect Powell to be used very heavily this week, as Bryce Petty either likes to throw bombs to Robby Anderson or check down to Powell. The Patriots just gave up 8 catches for 42 yards and a touchdown to Kenneth Dixon a few weeks ago. This kind of usage is matchup proof, since Powell is involved in both facets of the game. There aren’t many backs who are being used this heavily so he needs to be in your lineup this week to bring that championship trophy home.