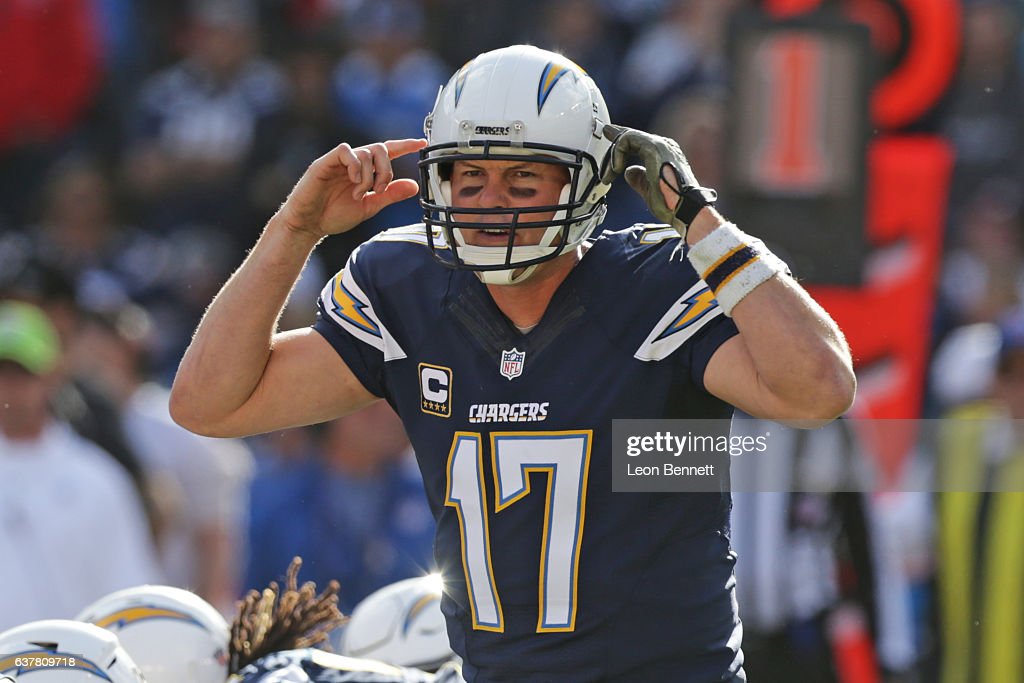 In a one-QB league, I’m a big fan of drafting a QB late, especially if you don’t land the top tier guys like Aaron Rodgers, Andrew Luck, or Brady. I probably wouldn’t even try to draft these guys unless they fell to the 6th round or so. And even at that point, depending on who’s on the board they might not be worth taking.

Here’s the reason: the difference in fantasy production between a skill position (WR or RB) drafted in the early to mid rounds and a skill position drafted late (rounds 12 and on) are usually huge. These late round skill position picks are potential cuts Week 1 once you try to pick up your first player off of waivers. However, the difference between QBs drafted at those two points in the draft isn’t nearly as much. As a matter of fact, there’s a good chance you can find a QB1 at the end of the draft when it’s all said and done. I rather that and also get a solid, startable WR or RB in the mid rounds for my roster.

Here’s another reason: In a one-QB league, the position is easily replaceable on the waiver wire. You can find a streaming QB every week. If you’re in a 10 or 12 team league, there are like at least 10 QBs on the waiver wire that you can choose from. Play matchups and that can serve you extremely well.

It’s important not to overreact to big fantasy seasons from the prior year, i.e, Cam Newton from 2015 or Andrew Luck in 2014. Instead of wasting 3rd or 4th round picks on these guys, wait until the end of the draft to find your guy. I personally like to draft my QB as my last pick before my defense and kicker because I know I’ll be able find someone. It’s the least important position to pick because of how predictable the position is. QBs always have the ball in their hands, so the opportunity will always be there.

Last year, 10 QBs averaged more than 20 points per game in 4 point-per-TD scoring. The year before that, 18 QBs averaged more than 20 points per game. There’s no doubt that the elite producers last year – Rodgers, Ryan, Brady and Brees have produced 24+ FPPG, but you will need to spend some high draft capital to get them. After these 10 20 FPPG scorers, there were six QBs that scored between 19 and 20 FPPG, and three QBs who averaged 18.5 or higher. There’s a good chance you’ll be able to draft a QB who will average between 19 and 22 points per game, even if you draft super late.

Here are some guys going at the end of drafts as of the beginning of June that you can expect production from. I think many leagues undervalue these guys, and they might drop even lower than these ADPs. People don’t feel good about drafting these guys because they’re not splashy and exciting names. If these guys don’t do it for you, and you’re not sure where to go, keep an eye out for teams with bad defenses who can’t stop the flow of scoring. The QBs on these teams will have a lot of production via sheer volume. Those guys would be ideal streamers. The following is using 12-team ADPs.

Winston’s current ADP is late 8th round. He’s been pretty inconsistent over the last two years, but he has gotten better. And now he has multiple weapons in Desean Jackson, Chris Godwin, and OJ Howard. Winston loves his TE, so I would expect his TD numbers to go up with a new goal line presence in Howard. Desean Jackson makes every offense better. When he’s on the field, teams are almost a full TD better per game. That’s impact. Expect Winston to be the biggest beneficiary. Remember, Winston has a cannon.. he just needs to be accurate on those long bombs to D-Jax. He’s currently being drafted at the end of the 8th round.

Stafford is in the 2nd (and a half) year of this offense, and that will help his fantasy numbers. He had an injury on his throwing hand in the beginning of December that seemed to hamper his play; he didn’t throw a TD the next two games. Another offseason with Marvin Jones, along with buying into the narrative that Marvin Jones is working hard on finishing the season as strong as he started it last year, the numbers can go up. If you drafted Marvin Jones last year, you thought you had the steal of the draft. He had 408 receiving yards in the first three games, and 522 yards the rest of the season. If they can get off to a hot start and maintain it, the Lions offense can succeed. Eric Ebron has improved every season, and his TD total (1) can only go up. Ameer Abdullah is coming back healthy to hopefully provide a solid running game, and an injury plagued season from Theo Riddick didn’t help Stafford either. He’s coming back healthy as well, and will provide a great option in the passing game. Stafford’s one of the NFL’s brightest QBs, and another year in this system with these weapons can result in a great year. As of right now, he’s being drafted in the later half of the 10th round.

Last year Andy Dalton threw for about 1000 yards more than the previous two seasons, and that’s right after losing both Marvin Jones and Mohamed Sanu to free agency. Not only that, but Tyler Eifert wasn’t available to play until Week 7, and only made an impact starting Week 8. Dalton’s TD numbers suffered. With electric Joe Mixon coming in, I think he will make an immediate fantasy impact, especially in the passing game. Gio Bernard might not be ready for the start of the season, Jeremy Hill has played poorly the last two years, so Mixon can come in and improve that offense. With AJ Green, added weapon in speedster John Ross, a healthy Tyler Eifert to start the season, look for Dalton to keep those yardage numbers but heavily improve on those TDs. Today, he’s being drafted at the end of the 11th round, beginning of the 12th.

We all know the talent Philip Rivers has. His team has always been bad. On paper, this receiving core is stacked. Rivers’ favorite target in Keenan Allen is back, last year’s breakout Tyrell Williams should play a big role despite Allen being back, added rookie WR Mike Williams gives Rivers a big target in the red zone, and the hall of fame + rookie combination of Antonio Gates and Hunter Henry will stretch the seam and provide matchup nightmares. Rivers needs to control his interceptions, but if all of these guys stay healthy, Rivers can put up some gaudy numbers this year, and will provide some game-winning weeks. He’s being drafted at the end of the 9th round.

Wentz only threw for 16 TDs last year, but he did throw for nearly 3800 yards. That kind of yardage tends to yield more TDs, but it’s more of what we expect from a rookie. Wentz looked pretty good last year as a first year player, and did it without any weapons or running game. This year, he has Alshon Jeffery as his big target, Torrey Smith as his field stretcher, and Jordan Matthews, who can go back to the slot where he does best. He also has his favorite tight end in Zach Ertz, who had another solid year last year. Not only that, but they brought in Legarette Blount, who will keep the ball moving forward and give them a better running game with someone who can stay healthy. Wentz proved that he has the skills, and can take a big step forward this year in Doug Pederson’s offense. We know he’ll have the volume, so we can expect decent numbers from him. He’s currently being taken in the back of the 11th round.

One thought on “Why draft a QB early? Here are 5 late round QBs that are worth waiting for”